Detective Stephen Bennett and his wife reminisce about the cold January day they first met when they were
teenagers. 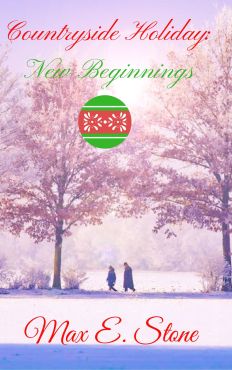 Having dedicated herself to motherhood, Teri Johnson loves her life.
After forgoing the frivolity that ensued in college, the free-spirited eighty-seven-year-old that made England her second home ensured that Simone—the daughter she raised alone—had everything Teri could give her.
Now that Simone has a family and grandchildren of her own, Teri starts to wonder ‘what if?’
What if life had gone just a little differently?
And what if things with her first love hadn’t turned out so wrong?

Quinton Ruskin built a life for himself and his family that most would envy.
In his late eighties and long retired from work in London’s financial district, he passes the time working on the family farm, bonding with his children and grandchildren, and healing from the loss of his beloved wife a decade ago.
Despite his family’s constant attention and presence, he can’t shake the loneliness.
Or the distant thoughts of the woman he once loved.
But when a stroke of luck hits at a local teashop and Quinton comes face-to-face with Teri Johnson, his star-crossed love, he decides that the past won’t wreck their future.

The well-meaning and meddlesome Mr. and Mrs. Aden want nothing more than to protect their only daughter, Hannah.
After her childhood kidnapping in Somalia and a final showdown in Italy against the monster responsible, nineteen-year-old Hannah just wants back the life stolen from her.
She isn’t naïve like her mother believes. Frequent flashes of past terrors assure her that the healing process is far from over. At the same time, she’d hardly use her dad’s words and call herself “strong” or “brave.” That description belongs to Melissa Bennett, the woman who almost died saving her.
Melissa doesn’t feel much like the hero she’s being hailed.
While she is glad to have saved a life for once, the one she’d almost taken continues to haunt her dreams and stall her recovery.
Despite her good deed and continuous help from friends and family abroad and Kyle—the father of her little girl—she knows her days of freedom are numbered.

ONE MINUTE THERE, WARREN-BENNETT-JOHNSON/NEW ENGLAND BOOK 3 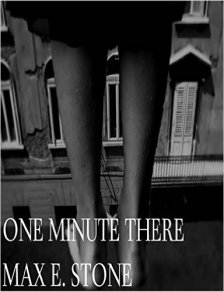 RUN…
Two torturous months came and went
Detective Bennett refuses to give up on finding his daughter
Even as the authorities of New England and beyond, trailing the blood in the girl’s wake, devised a ruthless manhunt to bring her back
Well aware of the young woman’s fragile state, Bennett is determined to locate her first.
And terrified to learn that he and the officers aren’t the only ones looking…
FOR YOUR LIFE…
Tucked in a hideaway past America’s borders, courtesy of her only trusted connect as of late, Melissa is sure she’s safe.
That is until the hammering knocks at her door threaten her world, her sanity…
And her life.
THERE’S ONLY ONE WAY OUT…

“A psychological thriller with more than a touch of horror, The Bleeding is intriguing, gritty and raw.” – Amazon Reviewer

Mark My Words…
Derek Warren is smooth, charming, and a master manipulator.
But is he a killer?
I swear…
If so, how is the former businessman committing murder from a maximum-security prison cell?
And what, if anything, does he have planned next?
You’ll Never See It Coming…
Detective Stephen Bennett is sure he has the answers to these questions.
But the path of dead bodies leads him to a truth far more disturbing than he suspected…
You Will Bleed…

“Be ready for it, this story will stimulate your tear ducts.” – Amazon Reviewer

Around, Around, and Around they go. Where the blood stops?…Who knows?
A former red-head and present mother of three speaks from solitude from the bow of a yacht.
No one knows her, or her life except her children: above all her oldest son, Jonathan Warren, a seventeen-year-old high school football star with a tight lock on his life and mysteries not even those closest to him could guess.
When an accident nearly rips away his life, new classmate, neighbor, brunt of his abuse, and sole rescuer Lee Ann Johnson forces him to challenge everything he had ever been taught.
This is a short story and a prelude to “The Bleeding.”
Also includes a sample of the “The Bleeding,” the first novel and second work in the Warren/Johnson/Bennett Series.